Marcus Willis captivated the world with his story last year at Wimbledon, going from local teaching pro to Centre Court at Wimbledon. The Brit came all the way from pre-qualifying to reach the second round of the main draw before falling in an entertaining clash to Roger Federer.

This year, Willis is enjoying a second chapter of his Wimbledon romance in doubles. On Saturday, he and #NextGenATP Brit Jay Clarke shocked second seeds and defending champions Pierre-Hugues Herbert and Nicolas Mahut 3-6, 6-1, 7-6(3), 5-7, 6-3 to reach the third round.

“I don't really know how to explain that one. We played great. The crowd got behind us. I'm a bit speechless, to be honest,” said Willis. “The expectation was to lose probably, but I knew we could get close. If we rack up the games on our serve, anything can happen. We took a few risks and it paid off.” 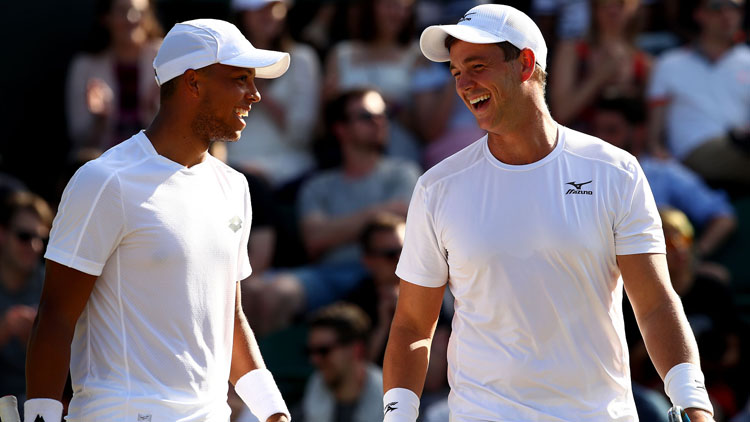 Clarke/Willis held three match points on Herbert’s serve at 5-4 in the fourth set, but the French duo won 13 of the next 15 points to force a decider. The wild card pair regrouped by taking a 3-0 lead in the final set and Willis hit an ace on match point to send them through in three hours and 13 minutes.

Willis is currently No. 708 in the Emirates ATP Doubles Rankings and the 18-year-old Clarke is No. 882. Neither of them had played a tour-level doubles match prior to this week.

“It means a lot. Not only to win matches here, but to beat the guys who won it last year,” said Clarke. “We watch a lot of tennis and we've obviously watched these guys win so many tournaments. To actually beat them is unbelievable.”

Next：5 Things We Learned: Week One At Wimbledon