Medvedev is through to the next round: exhausting

In the third round of the Miami tennis tournament, the men's singles top seed Dmitry Medvedev and the women's singles world number two, Japan star Naomi Osaka advanced to the next round, Chinese pair Zhang Shuai and Xu Yifan in the women's doubles event unfortunately eliminated. 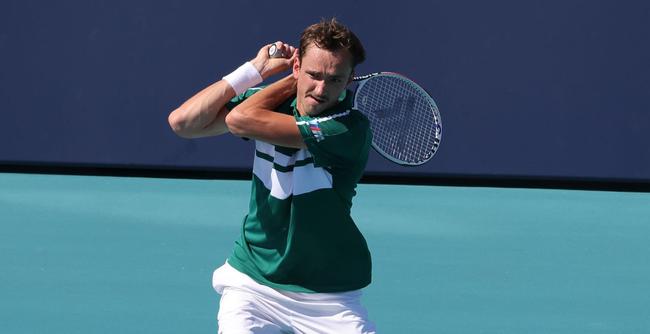 In the third round of the tournament against the Australian player Poperin, although the opponent ranked low in the world, but Medvedev caused a lot of pressure, finally Medvedev fought three sets, 7-6 (3), 6-7 (7) and 6-4 to win. In the second set, Medvedev once led 5-2, but missed three match points, eventually allowing his opponent to drag the match into a tiebreaker.

"This kind of tough match is not easy to forget," Medvedev said. "To win a Grand Slam final in straight sets is probably not more exciting than this. The match was exhausting. I felt like my legs were not working and there were times in the third set when I wanted to give up, but I couldn't do that." Medvedev said.